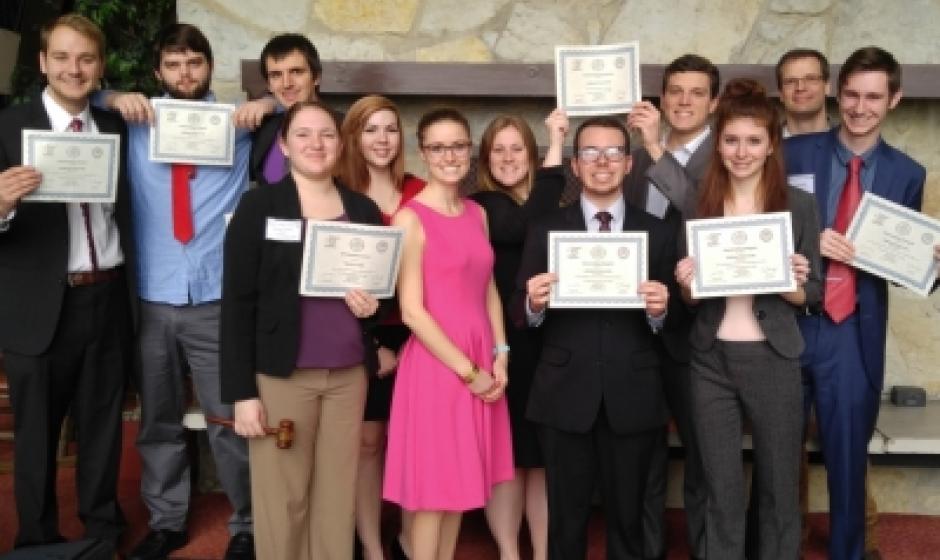 Model Arab League, similar to its bigger sister Model UN, recreates a summit meeting of an international organization, in this case the Arab League. Each university team is assigned one country and represents its interests on five different councils, ranging from defense to economic affairs. The aim in each council is to write a resolution in response to a pre-set agenda on which all countries agree, which, however, should also reflect one’s own interests.

The councils are presided over by a chairperson whose task is to move the debate along while observing common rules of parliamentary procedure. Needless to say, conflicts over the precise wording arise. Those teams, which are well prepared on the issues at hand, who are eloquent, persuasive and effective advocates for their country, and who are able to create cooperation and consensus, are chosen as the “outstanding delegates.”

Now in its fifth consecutive year participating in Model Arab League, this year’s delegation from AU was the most successful of any Ashland University teams, superseding even last year’s second place finish and eight “distinguished delegate” awards. Next year, Ashland University hopes to participate in the national competition held in Washington, D.C.