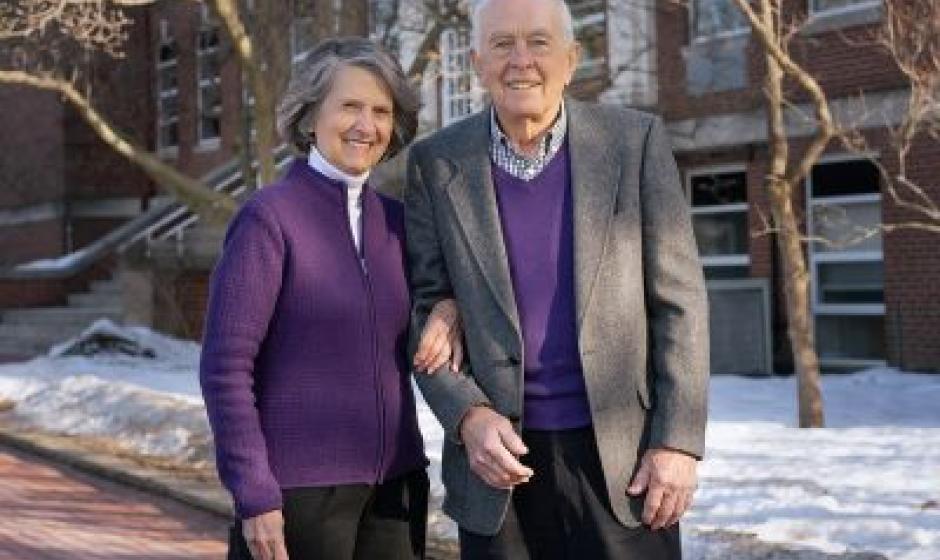 ASHLAND, Ohio – Two of the most fervent and generous supporters of Ashland University, Robert M. and Janet L. Archer, will have the first opportunity to congratulate and offer advice to AU’s Class of 2022. The Archers have been selected to provide the keynote address during Ashland University’s Spring 2022 Commencement, to be held Saturday, May 7, in Jack Miller Stadium, starting at 10 a.m. In the case of inclement weather, the ceremony will be moved inside to the newly-opened Niss Athletic Center.

Commencement, which will honor both undergraduate and graduate students, will be streamed live at the following link: https://boxcast.tv/view/2022-ashland-university-spring-commencement-141958.

Bob Archer is a longtime member of the AU Board of Trustees and Jan Archer helped to establish the Ashland Center for Nonviolence. The couple first became acquainted with  Ashland University when they moved their family to Ashland, Ohio, in the mid-1970s. Over the years, they steadily became more and more engaged with the university, supporting many of the athletic teams as well as the performing arts offerings to the community.

As lifelong learners and supporters of education—each was a valedictorian at their respective high school—the Archers have made a number of significant financial gifts to AU, including the single largest gift in university history of $10 million. Their generosity has impacted every part of the university, from student scholarships, to athletics, to academic services and campus beautification. In recognition of their exceptional philanthropy, AU renamed its library the Robert M. and Janet L. Archer Library last May.

Bob Archer is a highly successful businessman. He has served as CEO of Kent Watersports, which he purchased in 1981 with five partners from Brown International Group of St. Louis. He oversaw the sporting goods manufacturing company as it made 34 acquisitions and divested just three. Now known as Kent Outdoors, the company owns a number of leading outdoor brands, such as HO/Hyperlite, Liquid Force, O’Brien, Connelly, Barefoot International, Onyx and Full Throttle.

More on Spring 2022 Commencement, including the Baccalaureate service, lineup and procession information, seating information, how to order photos, etc., is available here.